Swimsuit Season: Modesty and Self Image 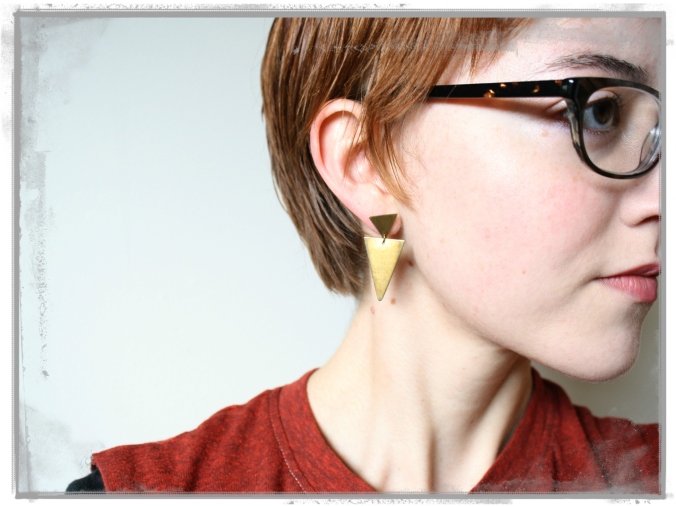 This post was written as part of To Each Their Own’s guest post series on Modesty & Self Image.

I was steeped good and long in American evangelical culture, though not one that held too tightly to ideals of traditional gender spheres. As a result, I was both encouraged to join the worship team and participate in co-ed theological discussions and discouraged from flaunting my sexuality (along lines of thought very specific to Protestant Christian tradition). I was told that the boys in youth group would lust after me and sin in their hearts if I didn’t wear a shirt over my swimsuit on beach excursions. I was told to be mindful of cleavage and short skirts and too much makeup. Obsessed as a child (and still) with ideals of fairness and personal responsibility, this didn’t sit well with me. In my view, the boys were given a free pass to lust. I asked a youth leader once if boys would cover up, too, so as not to cause women to stumble. I was immediately dismissed with a laugh and the subject was never brought up again.

But the notion of blaming the inactive party for the thoughts and behaviors of the aggressor is simply nonsensical. The person to blame is the person who did the thing, whether that thing is something as seemingly innocent as adolescent lust or as devastating as sexual assault.

So I come to the traditional modesty discussion, as an adult, with a fair amount of cynicism and, I hope, with a helpful dose of moderation and practicality. I believe that men and women must take equal ownership over their bodies and their thoughts. If I walk out in public naked, that’s no excuse for rape. On the other hand, I recognize that I live in a society with specific modesty codes that apply not only to sexual expectations but to daily interactions, and that it’s within my best interest as a member of my social system to, say, wear a suit to an interview and save the swimsuit for the beach.

Modesty is inevitably political, and from that broad perspective I think people should dress as they please (within a reasonable distance from their society’s expectations) and not be harassed for it.

But modesty is also personal. For instance, I never worried much about showing too much cleavage because I’m an almost-A cup. When other girls took comfort in the appearance of fuller figured celebrities and lauded Dove’s Real Beauty campaign, I was busy taking solace in the appearance of thin, pale super models, who more closely resembled my body type and weren’t bullied for it.* At 16, I was 5’5” and 96 pounds; I ate but couldn’t put on weight. People, my doctor included, thought I was anorexic. My body image issues weren’t talked about because I, apparently, fit the socially accepted standard of beauty (no one told the boys that). Teen Vogue was a beacon of confidence for me, and I delved happily into the world of high fashion. Eight years later and I’m still enamored by fashion spreads, new novelty prints, and the season’s best shoes. I even have a fashion blog. I didn’t realize at 16 that this thing I clung to for comfort and body acceptance would have such a hold on me.

When I get dressed in the morning, or when I buy a new garment, I can see how I adapted and combined my experiences to suit my needs. I like to cover my shoulders because people tell me they’re bony. I flaunt my clavicles because I think they’re pretty. I won’t wear a skirt higher than mid-thigh because it just feels inappropriate. There are some things you carry for so long they become a part of you. I’d like to feel so comfortable in my body that I can wear anything and feel confident. But I think it’s ok that I’ve reached these compromises with myself and with the modesty/sexuality obsessed culture that exists both within and outside of the church.

Through fashion, and even through the modesty culture I grew up within, I’ve come to appreciate my body both as flesh and blood and as art. When blogging, I like the distance a self portrait can provide, the harsh objectivity. I can look at myself through the lens of a photographer interested in imperfection, angles, and shadows. It’s easier, too, when I know I contribute more than just my appearance to the world – when I can write, hug, listen, laugh, work – and know that these things are acknowledged, that these things make a considerable difference.

But I’d still like to think that God doesn’t just think I have potential on the inside. I’d like to think He thinks I look pretty awesome, too.

*That’s not to say that I think that forced thinness in runway culture is acceptable. I understand the potential and already realized self image issues associated with the modeling industry.