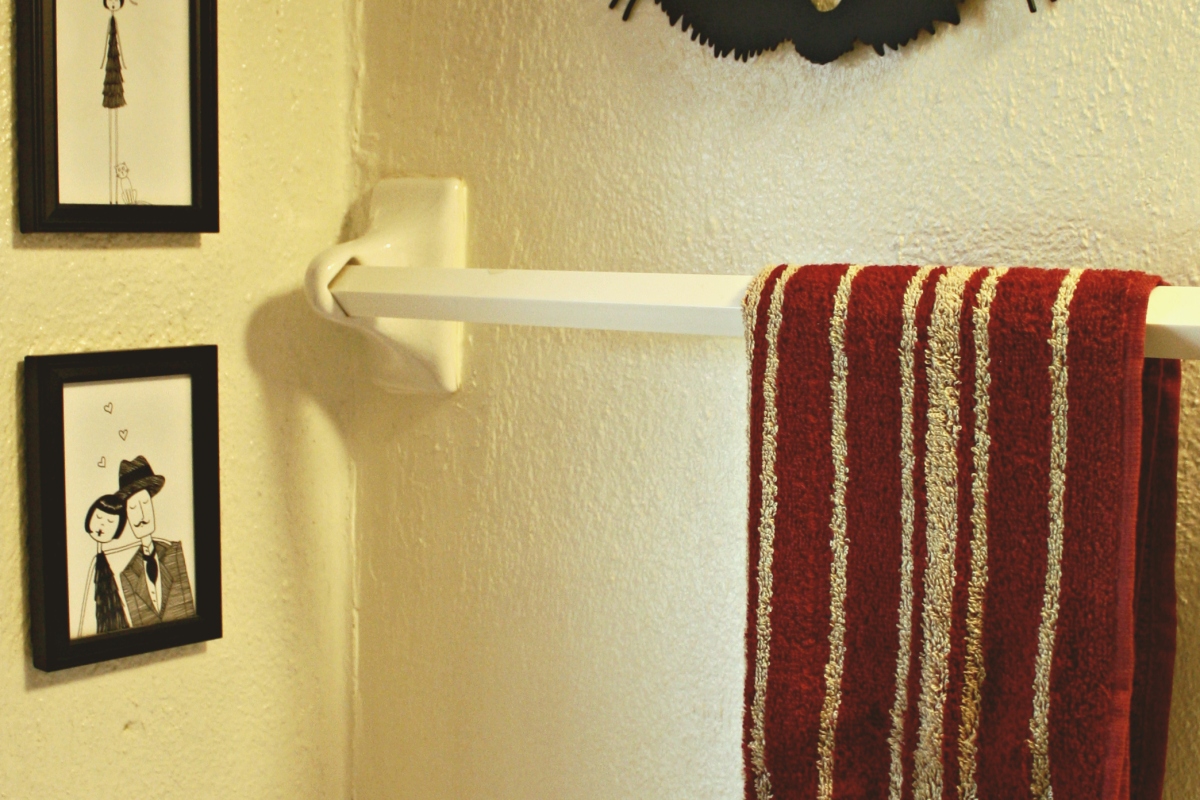 I’m not too fussy about the overall appearance of the bathroom in terms of individuality or cohesion with nearby rooms, so most of the bathroom accessories were used in our previous bathroom. I added the finishing touches today and wanted to show it off. It has significantly less counter and storage space than our old bathroom, so things had to be shuffled around a bit, but past tenants have added several useful storage shelves to the wall, of which we take advantage. 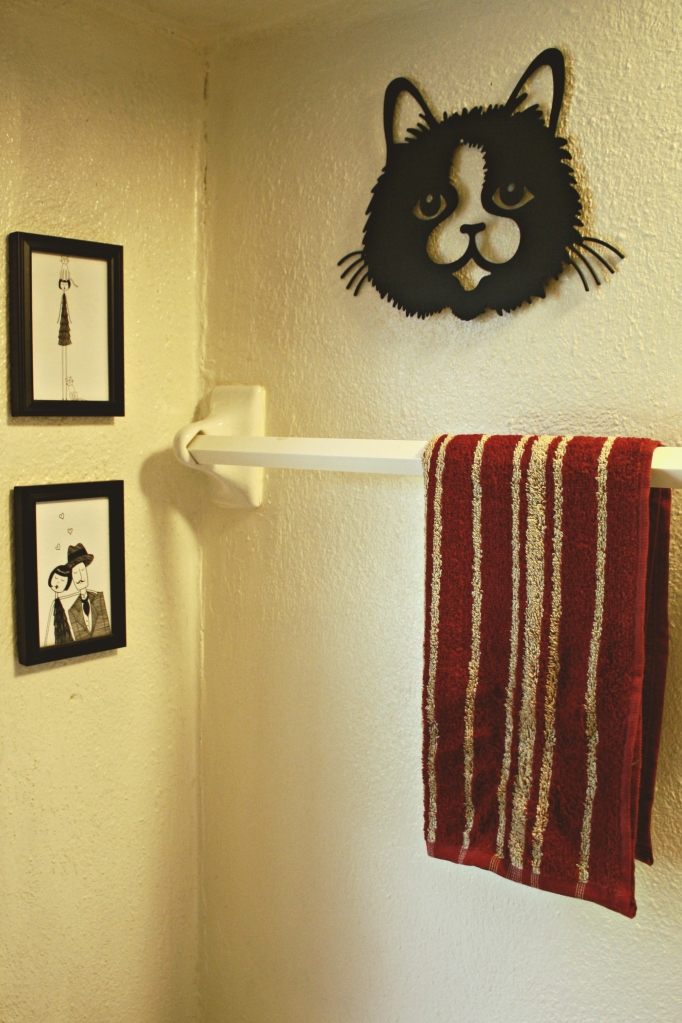 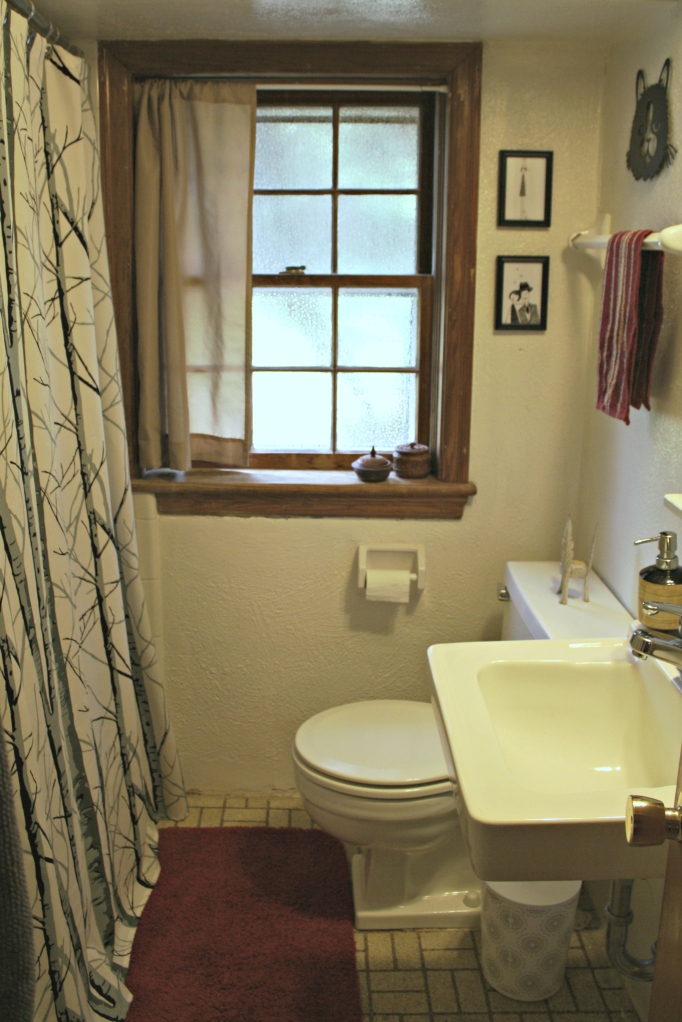 The theme colors were originally white, black, and red, but somehow beige made it’s way in there over time. The art was purchased on etsy and the metal cat was a gift from my friend, Mary. The carved wooden canisters are vintage and were made in India. Rugs and accessories are a mix from discount stores.

I wish the lighting was better in these shots. If you look to the left on the bottom image, you’ll see one of the towels I dyed “gray” (they turned out gray-blue).