Some days are so lovely you’re nearly brought to tears with happiness.

Yesterday was perfect. I went downtown early to avoid possible parking annoyances due to the free Bruce Springsteen concert. I had planned to read on a bench somewhere along the Downtown Mall, but as I walked along its stretch I remembered that there was a whole expanse of unexplored historical territory about a block over: parks, buildings built in the early 1800s, the old courthouse, and several imposing statues. I rambled up the hill into the cobblestone square and found a little park with a Thomas “Stonewall” Jackson statue and several inviting benches (isn’t it just so wonderful that we honor Confederate soldiers? hint: no). 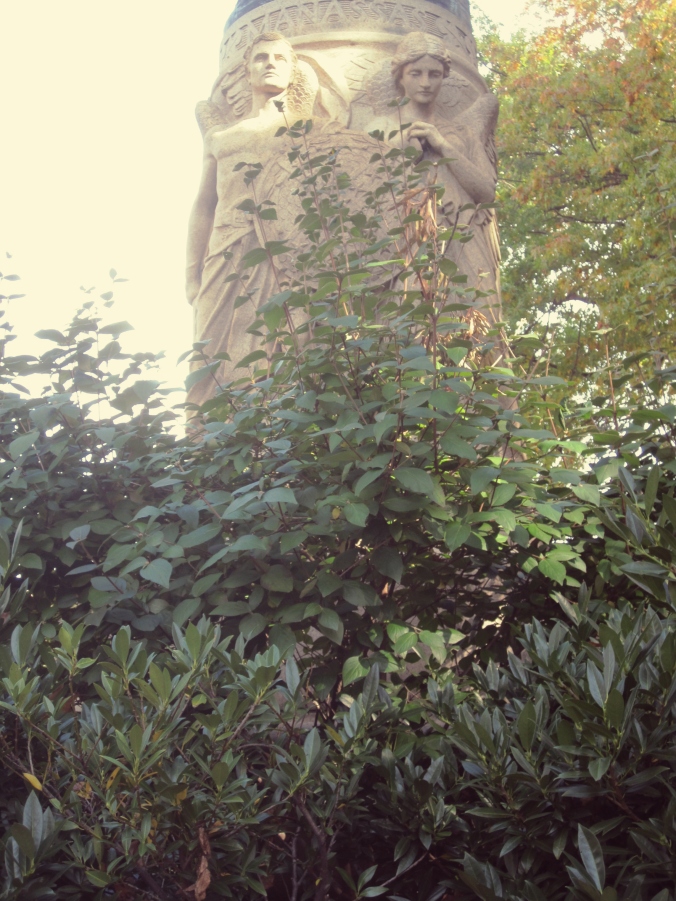 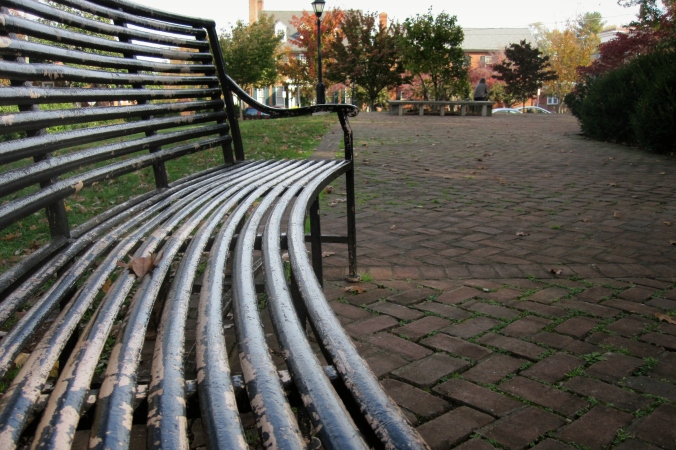 Pardon me if the rest of my writing becomes incoherent. I’m trying to think past the hulkish rage-crying of the four year old in the apartment upstairs.

The weather warmed to a balmy 80 degrees by yesterday afternoon, but it was mild in the shade of fall-colored trees. I took a few pictures of the orange and red leaves to send to my loved ones in Florida. I began reading Half the Church on my kindle and when that became too overwhelming (it deals with incredibly weighty issues), I went over to the library to get a library card. I haven’t had one since high school, so it brought back all the joyful expectation the library held for me then.

The work day was satisfying – we got through the after-concert rush without any major hiccups. When I work the afternoon shift, I get to see the sun set on the way to my car. It’s always beautiful; I never get tired of looking up. As dusk settled in, the sky was streaked in turquoise and orange. So many days here are like this, I’m sure, but I hardly make the time to appreciate it.

Can you believe I get to see this every day?

2 thoughts on “some days”